Episode 81: Kansas City ShuffleÂ is out!

In the eighty-first episode, Thomas and Danny talk about the four Giants on the All-Star team, the ridiculousness of it all, Brad Penny’s call-up, the shutout streak and sweep against the Dodgers, and FIRST PLACE.

Click on the image below to find it on iTunes:

You can also find it on theÂ RSS feed, or by clicking on the play button below. We look forward to your feedback, either by commenting here on the blog, emailing us atÂ giantspod@gmail.com, or ourÂ Twitter feed. 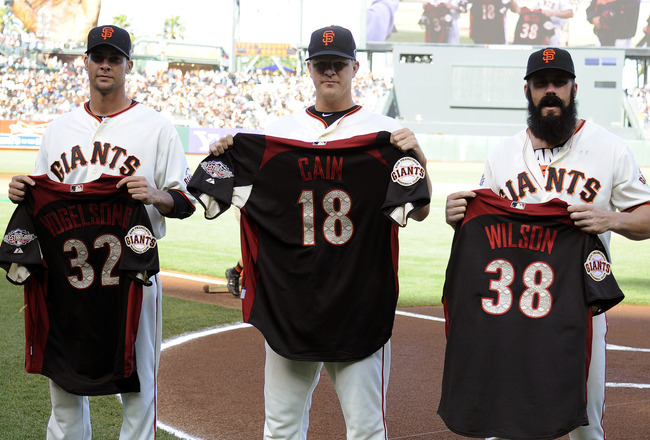 While these All-Stars have led their team to a three-game lead going into the break, it remains to be seen at what level they’ll perform for the rest of the year. Here are my projections for their second-half performances. END_OF_DOCUMENT_TOKEN_TO_BE_REPLACED